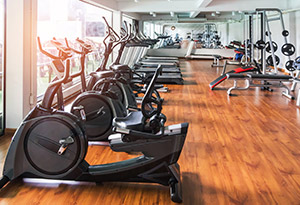 What is an Exculpatory Clause?

“In order for the agreement to assume the risk to be effective, it must also appear that its terms were intended by both parties to apply to the particular conduct of the defendant which has caused the harm. Again, where the agreement is drawn by the defendant and the plaintiff passively accepts it, its terms will ordinarily be construed strictly against the defendant.”

Was the Facility Negligent?

“An agreement to indemnify a party for his own negligence would be so unusual and extraordinary as to require that the contract put the intent to indemnify ‘beyond doubt by expressed stipulation’.”

Was the Accident Foreseeable?

In order to fall within the confines of the exculpatory agreement, the injury must fall within the scope of possible dangers ordinarily accompanying the activity and, thus, reasonably contemplated by the plaintiff (Garrison, 201 Ill.App.3d at 585, 147 Ill.Dec. 187, 559 N.E.2d 187 [1990]).

If a membership agreement only limits the assumption of the risk of injury to the period of time the plaintiff is “using any equipment, programs or facilities,” a person could pursue a claim for an injury from unrelated condition of the premises. If a facility wants to be indemnified for the dangerous condition of its premises, it needs to explicitly say so.

As an example, my firm represented a young lady who was injured when she stepped on to a treadmill which, unbeknownst to her, had been turned on by an employee of the facility during the cleaning process and not turned off.

Because there was no specific reference to the business’ own negligence in the exculpatory clause and the invitee had not yet begun to use the equipment, the provision did not apply and she was able to pursue her claim.

Example: Debris in the Walkway

In another case, we took to trial, a 90-year-old woman in the cardiac rehabilitation program at the FitClub tripped over a plastic conduit extending into a walkway. She fell and fractured her hip.

It was unrealistic for our client to foresee and avoid the area that contained this unnecessary, dangerous hard plastic obstruction in the walkway. The court agreed it was not encompassed in the exculpatory language in our client’s Membership Agreement.

Recognizing that the foreseeability of a specific danger is an important element of the risk which a party assumes, the Court concluded that the defendant’s conduct and the risk of injury inherent in this conduct was not of a type intended by the parties to fall within the scope of exculpation.

Example: Injured As a Helpful Bystander

Similarly, in another case, the plaintiff was injured as she tried to assist another individual who was having trouble with the leg press portion of a universal machine (Calarco v. YMCA of Greater Metropolitan Chicago, 149 Ill.App.3d 1037, 501 N.E.2d 268, 103 Ill.Dec. 247 [1986]). The Court held that the language of the signed membership form was not explicit enough to relieve the YMCA from liability for negligence arising from the use of its equipment. The signed membership form stated as follows:

The Court concluded that this language did not explicitly include the activity which resulted in Ms. Calarco’s injury and, therefore, provided no insulation for the defendant.

Disparity in the Bargaining Position or Social Relationship

Example: No Choice in Rehab Care

When our client entered the third phase cardiac rehabilitation program following her heart surgery at the age of 87, the defendant’s facility was the only location offering the program. As a result, she had no choice but to continue pursuant to the Membership Agreement she had previously signed.

Because she had no choice, there was a substantial disparity in the bargaining position of the two parties. Furthermore, the age and physical capacity of the invitees involved in the third phase cardiac rehabilitation program militates against upholding a clause indemnifying the defendant from its own negligence.

The state of Illinois has always recognized the public policy of protecting its elderly and/or physically incapacitated citizens (Mason v. Department of Public Health, 326 Ill.App.3d 616, 761 N.E.2d 794, 260 Ill.Dec. 611 [2001]; Creighton, et al v. Pope County, 320 Ill.App. 256, 50 N.E.2d 984 [1943]). As such, no health club should be allowed to invite the old and/or incapacitated to its facility, charge them for the privilege and then relieve itself of responsibility for injuries caused by its own negligence.

No health club should be allowed to invite the old and/or incapacitated to its facility, charge them for the privilege and then relieve itself of responsibility for injuries caused by its own negligence. 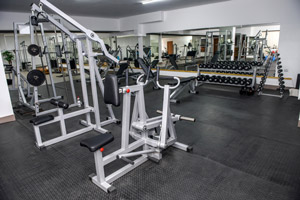 Get Experienced Lawyers to Help You

In short, if you or someone you know is injured at a fit club or recreational facility and the owner tells you that you cannot pursue a claim for injuries because of your membership agreement, take the time to review the contract to see if it applies to your circumstances.

Even better, have an attorney review the document and apply it to the facts of your case. You may find that the owner is not correct and your claim can be pursued.