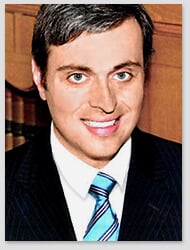 Brent Beeman was born in Springfield, Illinois in 1979, graduated from Creighton University in Omaha, Nebraska in 2003, and received his Juris Doctor degree from Southern Illinois School of Law in 2006. After graduating from law school, Mr. Beeman returned to Springfield to practice law at Wolter, Beeman & Lynch, and later Wolter, Beeman, Lynch & Londrigan, LLP.

Brent concentrates his practice in the areas of personal injury and worker's compensation and has represented his clients at the Illinois Circuit Court, Appellate Court, and The Illinois Workers Compensation Commission. He has obtained millions of dollars on behalf of his clients.

Mr. Beeman is proud to be a lifelong resident of Springfield, Illinois. Brent is a member of Sangamon County Bar Association, Illinois Bar Association, and is admitted to practice before the Illinois Supreme Court and United States District Court for the Central District of Illinois.

Brent has regularly been selected as an Emerging Lawyer in the Leading Lawyers Network, a designation for lawyers under the age of forty. Mr. Beeman was a Board Member of the Abraham Lincoln Memorial Garden Foundation from 2013-2018, and currently serves as an Ambassador of Hope for the Hope Learning Academy.