Bruce A. Beeman was born in California in 1947, graduated from Southern Illinois University at Carbondale in 1971, and received his Juris Doctor degree from The John Marshall Law School of Chicago in 1975. After serving Sangamon County, Illinois as an Assistant State's Attorney and later as an Assistant Public Defender, Beeman practiced law as a partner at Scott, Beeman & Scott for 14 years. 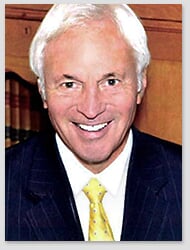 Beeman has been selected annually as a leading personal injury lawyer in the Leading Lawyer Network and as an Illinois Super Lawyer. Beeman has also been named as a member of the Million Dollar Advocates Forum, has served as an author and as a speaker for the Illinois Institute for Continuing Legal Education, and as a lecturer for Sangamon State University, now University of Illinois at Springfield.