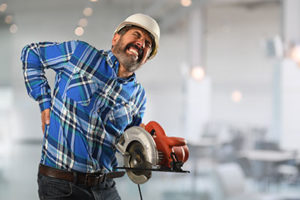 If you’ve suffered a work injury, you may be eligible for three benefits available under the Worker Compensation Act:

Read about payment of medical bills and temporary disability in our blog posts.

The third benefit available to the injured employee is an award or lump sum payment at the end of the case which reflects the worker’s permanent partial disability. The evaluation of permanent partial disability takes into consideration how the worker’s injury has affected his or her work life and ability to perform similar job tasks in the future.

For accidental injuries that occur on or after September 1, 2011, permanent partial disability shall be established using the following criteria: 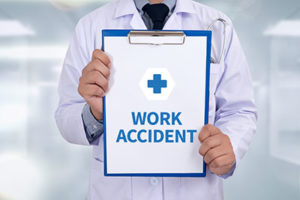 (a) A physician licensed to practice medicine in all of its branches preparing a permanent partial disability impairment report shall report the level of impairment in writing. The report shall include an evaluation of medically defined and professionally appropriate measurements of impairment that include, but are not limited to: loss of range of motion; loss of strength; measured atrophy of tissue mass consistent with the injury; and any other measurements that establish the nature and extent of the impairment. The most current edition of the American Medical Association’s “Guides to the Evaluation of Permanent Impairment” shall be used by the physician in determining the level of impairment.

(b) In determining the level of permanent partial disability, the Commission shall base its determination on the following factors: (i) the reported level of impairment pursuant to subsection (a); (ii) the occupation of the injured employee; (iii) the age of the employee at the time of the injury; (iv) the employee’s future earning capacity; and (v) evidence of disability corroborated by the treating medical records. No single enumerated factor shall be the sole determinant of disability. In determining the level of disability, the relevance and weight of any factors used in addition to the level of impairment as reported by the physician must be explained in a written order. (820 ILCS 305/8.1b)

In general, permanent partial disability (“PPD”) represents an institutional rather than practical evaluation of the effects that the injury has on the employee. That means that the Commission tries to make consistent assessments and awards for individuals who have sustained similar injuries. 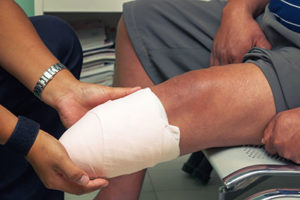 PPD awards are based on losses of specific body parts. (Section 8e) The statute assigns a specific number of weeks of “permanency” to various body parts. For example, an arm is worth 253 weeks of permanent partial disability, a hand is worth 205 weeks, an amputation of the arm above the elbow is worth 270 weeks and a leg is worth 215 weeks.

Some workers’ injuries involve body trunk injuries and include disability caused by trauma to a body part other than those listed in the statute. In the case of a lumbar or cervical injury, for example, the statute does not identify a specific number of weeks associated with that particular defined body part. Rather, those kinds of injuries are based on an assessment of “the person as a whole”. The worker as a whole is worth 500 weeks. The statute also references specific minimal recovery for certain person as a whole awards. (Section 8(d)2)

Most undisputed cases wind up being settled based on a mutually agreed estimation of the award an Arbitrator would give if the case were tried. Most settlements include a specific agreement to pay or resolve outstanding related medical bills and are entered into after the employee has reached maximum medical improvement. If a case is tried, future medical remains open. If open medical is necessary for the client, trial becomes the best approach. On the other hand, if an employee has reached maximum medical improvement and further medical isn’t necessary, the case is ripe for the parties to evaluate the injury, prior Commission awards for similar injuries, and the anticipated results of trial. This process results in settlement in the vast majority of cases.

An injury may be so bad that some alternative compensation is necessary. These alternatives include vocational rehabilitation, a wage differential award, or permanent total disability.   If a structural steel worker, for example, sustains a cervical injury which prevents him from ever returning to work in construction, it is possible that he may be entitled to vocational rehabilitation. If placed in a lesser paying job, he may be entitled to a wage differential. Workers who can’t earn as much money going forward as they could prior to their injury are entitled to an award for 5 years or until age 67, whichever is later, of 2/3 of the difference between their wage at the time of injury versus their new wage. (Section (d)1)
If the worker can never go back to any job the statute provides for permanent total disability payments which equal 2/3 of the average weekly wage for life for a worker that cannot return to work in a stable labor market. (Sections 8(e)18, 8(f))

The Act also provides payment of death benefits to dependents of workers’ killed on the job. (Section 7)

Procedure For Filing a Case With the Worker Compensation Commission

A case is opened by filing an Application for Adjustment of Claim with the Workers’ Compensation Commission. There is no filing fee. After an Application for Adjustment of Claim is filed, the Workers’ Compensation Commission assigns a number to the case. The file number then can be used in serving other documents and issuing subpoenas which will be dispositive of the matter.

Medical records can be collected and subpoenaed and witnesses can be compelled to appear for trial. (Section 16) Work-related documents proving or disproving associated issues can be obtained by subpoena. If the case is settled, the file number is used to register a settlement contract with the Commission. This is an important point. A workers’ compensation claim cannot be settled unless a specific document containing specific information is completed, filed with the Commission, presented to an Arbitrator, and specifically approved. This is designed to protect the worker from having rights terminated without appropriate settlement benefits. (Section 23)

Trials can be held in relatively summary fashion. (Section 19(e)) The Act provides for the admission of documents. Deposition testimony can also be introduced into evidence. The Petitioner can testify. Proposed decisions are written for the Arbitrator to consider and the Arbitrator characteristically uses the proposed decisions of both parties to tailor fit a decision to the facts in the case.

READ MORE IN OUR BLOG: