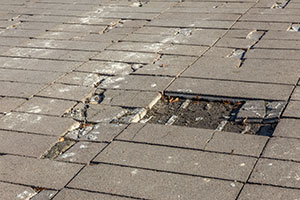 For instance, if an injured party was invited on to the property of another, and while on that property, tripped and fell, thereby injuring themselves, the injured party would need to establish that the cause of his or her fall was the result of some negligent condition the property owner allowed to exist on his or her property. Furthermore, the injured party would have to establish that the property owner had sufficient notice of the existence of this condition such that they knew, or should have known of its existence, and that they had sufficient opportunity to rectify or correct the condition prior to the injury having occurred. 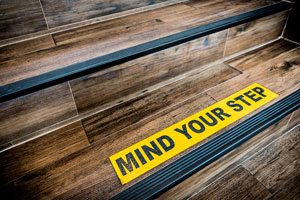 In general, a party that owns, controls, or maintains property has a duty to maintain the premises in a reasonably safe condition. Any dangerous condition, therefore, must be removed or corrected, or a warning to invitees, who might encounter the danger, must be provided. However, a property owner is generally under no obligation to guard against injury from open and obvious dangers. Open and obvious conditions are conditions and risks which are apparent to and would be recognized by reasonable people exercising ordinary perception, intelligence, and judgment in visiting the area. Property owners are not expected to foresee an injury from open and obvious dangers because property owners are entitled to the expectation that those who enter upon their property will exercise reasonable care for their own safety. 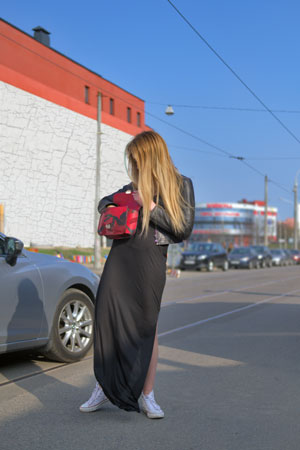 However, Illinois Courts have recognized some exceptions to this general rule. One of those exceptions is the “distraction” exception to the Open and Obvious Danger Rule grounded in foreseeability. The exception applies when there is reason to expect that a Plaintiff’s attention may be distracted from the open and obvious condition because circumstances require him or her to focus on some other condition to the extent that he or she will forget the hazard that has already been discovered. Under such circumstances, property owners owe a duty to exercise reasonable care to protect invitees from harm in spite of the open and obvious nature of the danger.

Thus, in instances where patrons were injured while leaving a place of business, Courts have focused on whether the injured party’s attention may have been diverted, such as looking for car keys, or the person’s car, or otherwise having their attention drawn away from the condition of the walkway. In determining whether a duty exists, Courts have focused on whether the owner of the property should foresee that a patron may have their attention drawn elsewhere, and thereby overlook the condition of the walkway, which caused the injuries. In determining whether a duty exists, the focus is on the foreseeability of the injury, and it is of no consequence whether or not a jury will consider the Plaintiff contributorily negligent for looking elsewhere at the time of injury.

All businesses are charged with the duty of ordinary care with regard to their property to the extent that intended users of that property would utilize it in a manner which is reasonably foreseeable. Where the business owner has knowledge of the condition, and the injury to a patron is foreseeable, and the burden to correct the condition is slight, Courts will often impose a duty upon the property owner to repair and maintain its property. 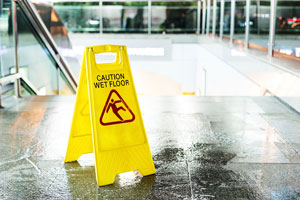 Moreover, it is not necessary for a property owner to foresee the precise nature of the distraction. All that is required is the property owner’s awareness that those in proximity to the open and obvious hazard are likely to become distracted in some way and forget about the presence of the hazard. Under these conditions, Courts will traditionally impose a duty upon the property owner to correct or warn of the condition, but a jury may still find that the injured party is contributorily negligent because of their own conduct.